When it comes to knick knacks...count Yerevan Vernissage open-air market to find antiques, artworks, crystals and all kind of adorable stuff. The guys and I agreed to meet at the public square and walk our way to the market passing by pre-war era buildings being renovated. 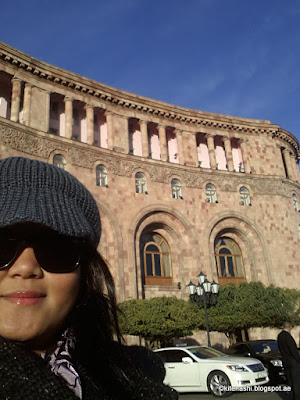 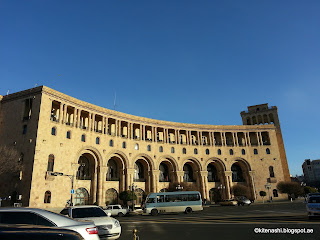 Posted by kitenashi at 5:39 AM No comments:

Email ThisBlogThis!Share to TwitterShare to FacebookShare to Pinterest
Labels: Armenia

My two young companions decided to go to Lake Sevan and Tsaghkadzor for the rest of the day to extend our snow experience and get on the mountain cable rides. It was getting really chilly on our long ride to  our destination. However, heavy snow fall greeted us along with a temporary traffic due to some car accidents. Quite a number of cars were sliding down the road so we carefully rolled along until we reachedthe part where the mountains are totally covered in snow. 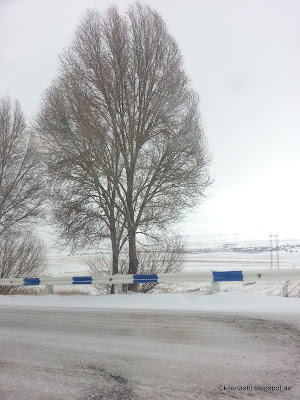 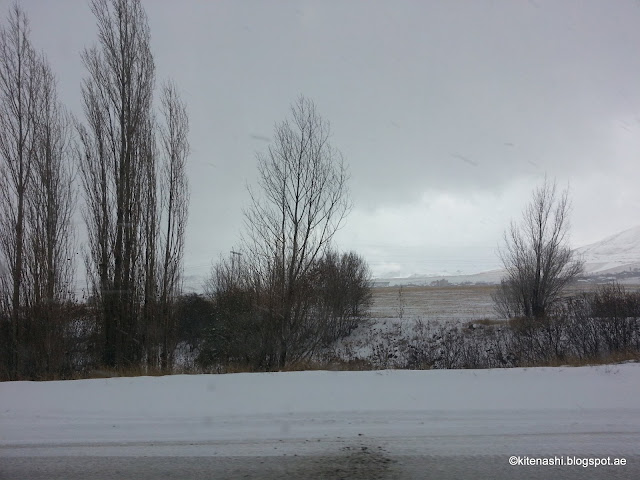 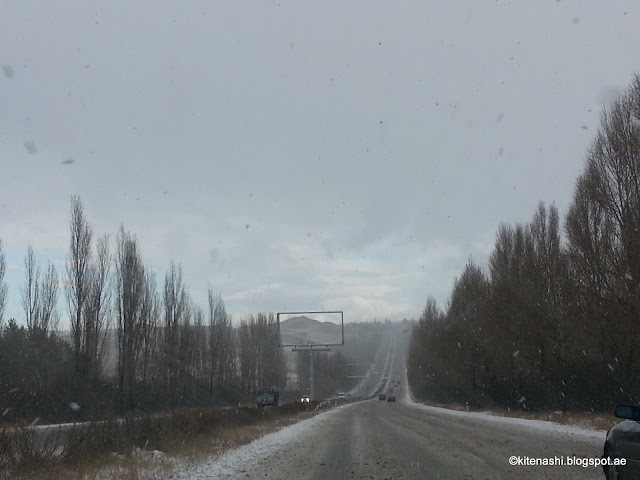 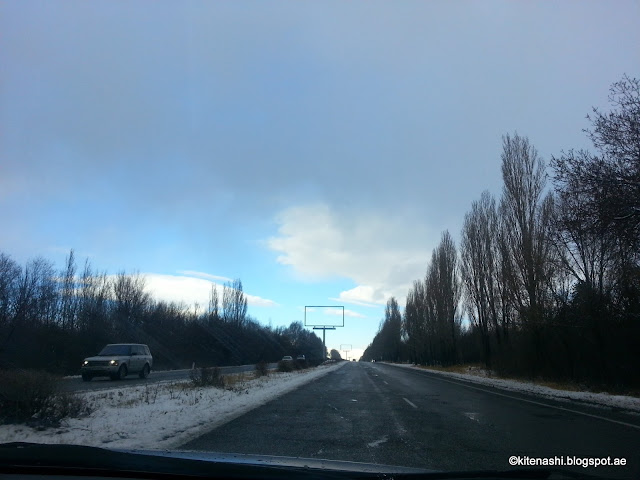 As we enter the Kotayk Province of Armenia, the quaint resort town of Charentsavan is astoundingly picture perfect. 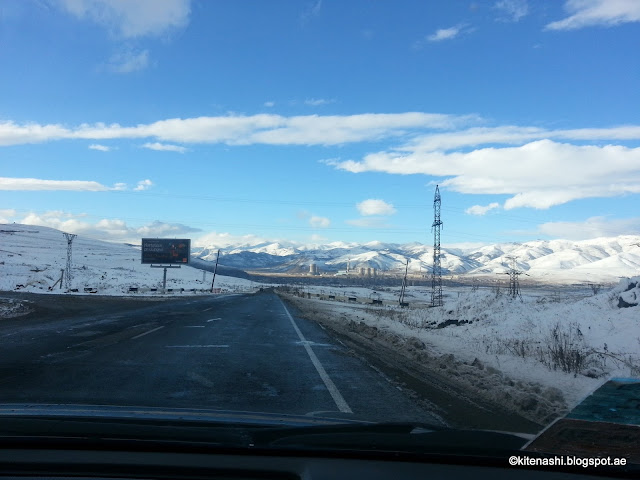 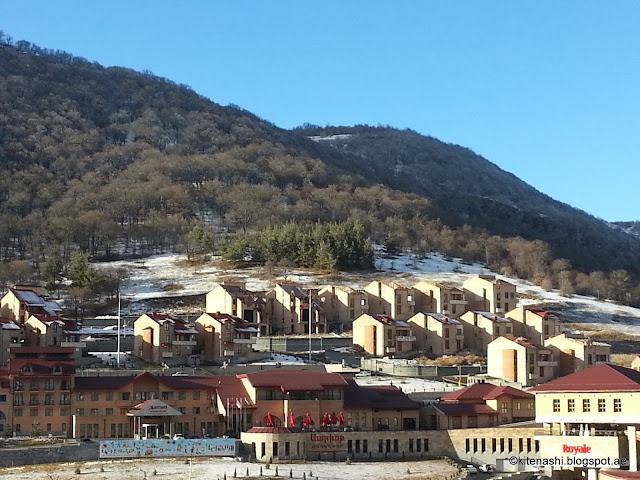 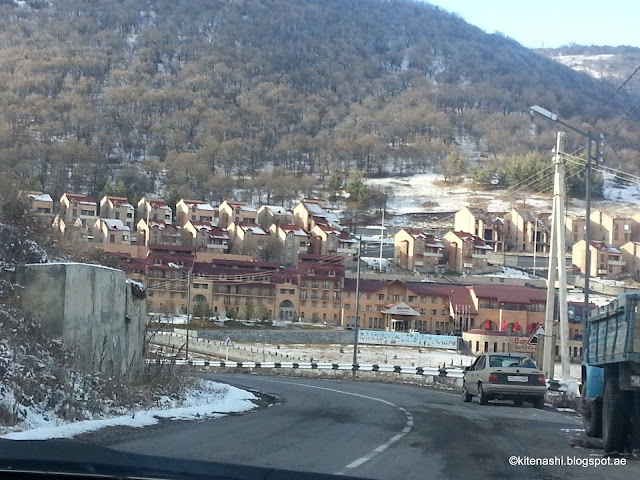 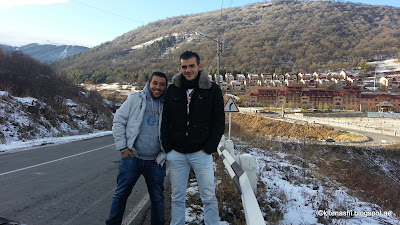 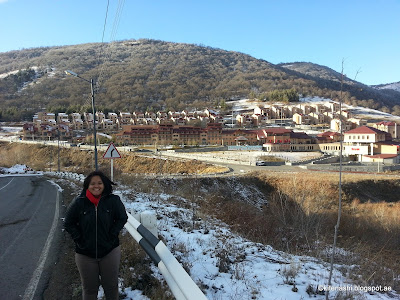 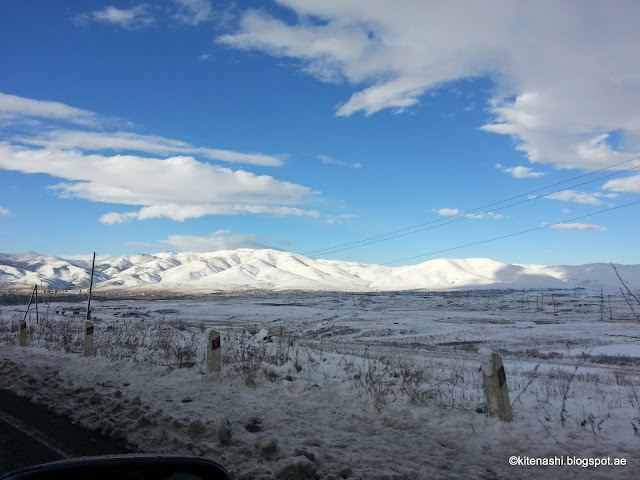 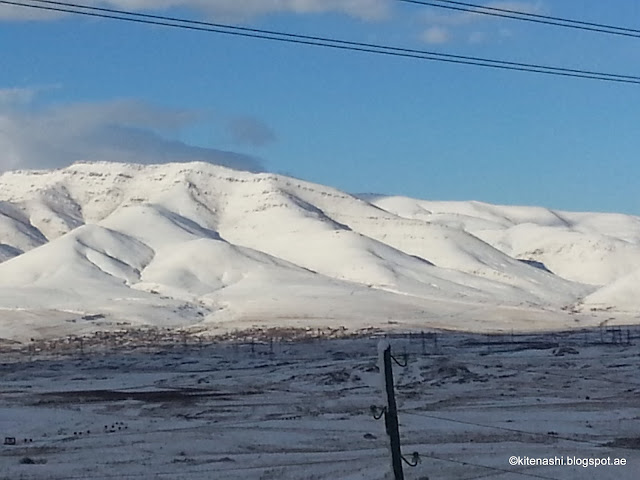 Bloopers: When Karma Strikes Back!

The snow had turned to icy sleets and it was very slippery. George and his friend were trying to balance themselves until they reach the side of the snow cable car where fresh snow covers the ground. I found it quite comical as their arms flayed on air to keep their balance. I was too arrogant thinking I can manage on my own.

And I found myself wildly grabbing the cold air and eventually end up on my bottoms. And that my dear friends, was "karma" and it hurts a lot! As embarrassment started to give my face a new color, the ever dependable Mr. Gagik came running to check on me if I was hurt, so were the boys.

Besides a stinging bottom from the fall and a very hurt ego, I told them I was okay and no bones were broken. So off we go to get my first ever snow cable ride. It was totally exhilarating, feeling the cold wind brushing my face as the cable reach the high altitude. Good thing is that I am not acrophobic and heights is not much of a problem to me. However, I felt a tingle of fear when I realized that its an open cable car and the tall trees are dotted below my feet. 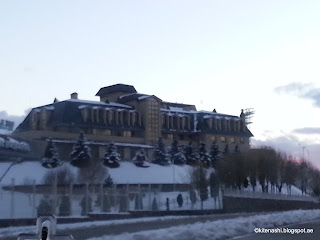 And we reached the top of the mountain!!!! well... it was almost knee deep in snow...full fresh snow fall...just like what I saw in the Christmas cards from US. 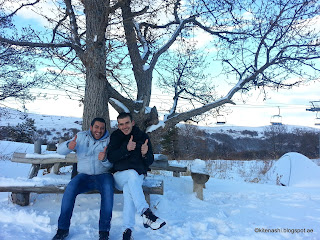 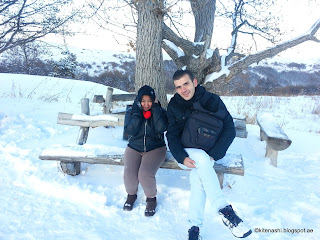 Right after our snow cable ride, Mr. Gagik brought us to Lake Sevan. Actually were supposed to visit the famous Sevanavank, a monastic complex near Lake Sevan (Gegharkunik Province). Unfortunately the complex was already closed by the time we arrived so we went directly to Lake Sevan for a short visit. 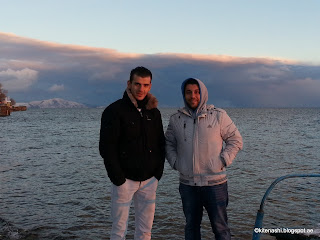 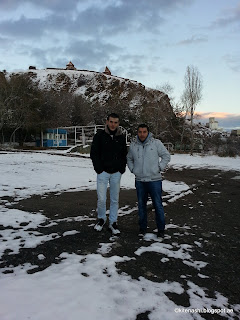 It was a good tour all in all. We walked awhile in Yerevan and dine in at a pizza parlour (wherein all people were gawking at me...you know its the Asian thing :) ) Had some photo op with Armenian girls while waiting on the queue for money changer too.


Posted by kitenashi at 1:53 AM No comments: